"Leadership is to be in your own
beauty so you can hold space for
the brilliance of others."

CEO and founder of the
social enterprise

Soledad Piñero Misa is the CEO and founder of Retoy, frequently hired speaker, facilitator, and lecturer. Her employers and partners describe her as inspiring, present, professional, creative, warm, responsive, entertaining and invaluable. At her recent commitment as Social Mission Manager for Ben & Jerry’s, she co-developed the companies valued lead activism through multi stakeholder engagement focusing on supporting grassroots movements that lead progressive systemic change for increased climate justice and Refugee Rights. She now runs the digital facilitation and training agency Part of More.

Soledad has a background as officer at the governmental Youth Democracy Commission, secretary-general at LSU (National Council of Swedish Youth Organizations), chairwoman of the Red Cross Refugee Center, a consultant at Enact Sustainable Strategies, and director of Youth Against Racism.

She was appointed by the government to the board member of the Skansen Foundation, placed number 9 on Veckans Affärers (Business Weekly’s) list of the 101 Swedish super-talents and number 8 on Shortcut’s list of Swedish up-and-comers. She is a proud winner of both the Kurage and Göran awards. In the fall of 2013 she was awarded as Veckans Affärers Social Capitalist of the Year with the social enterprise Retoy. 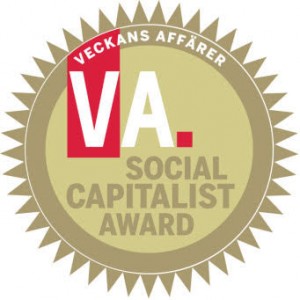 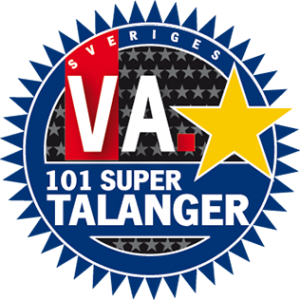 "Outstanding! I have been to many courses, and it
is exceptional to have a leader with Soledad's knowledge and skills.
She is extremely competent. Thank you!"

"One of the best course leaders we've had.
She was responsive and led the group in a fantastic way. "

"With a firm hand and a sensitive touch, Soledad led a discussion
on human rights at an important seminar in memory of Anna Lindh.
We are deeply grateful for this."

"... Soledad was an inspirational and educational moderator who ensured an
engaging program. Without her participation, our seminars
would not have been nearly as good as they now became ... "

- Per Bolund, Minister for Financial Markets in the Government of Sweden

"Soledad gave a lecture for our 1000 executives on the topic of
‘Playing for a Better World’. She did it with a strong presence and
personal engagement. Soledad is experienced and genuine,
and I would highly recommend her."